The Jon Pousette-Dart Ban is excited to announce they will be coming out to the west coast to share their new album “Talk.” The band will be playing at Sweetwater Music Hall in Mill Valley, CA on August 19, 2015. Ticket information will be updated here soon. 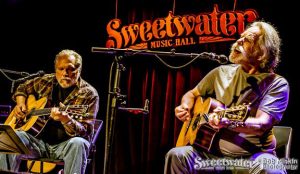 A local venture that is comprised of multiple investors including Bob Weir (Grateful Dead, Furthur) and other longtime supporters of the club, the Sweetwater Music Hall is a state-of-the-art nightclub and café that not only presents nationally recognized top-quality entertainment but also will provide a comfortable home venue for local and emerging talent to perform and experiment.” – sweetwatermusichall.com