Come out to Piermont, NY on the Hudson River on 1.16.15 to see JPD perform an acoustic set with Steven Roues on double bass and Harmonica. This duo continues to wow crowds along the northeast corridor with their performing talents!

“The Turning Point Cafe was started back in May of 1976 by John McAvoy and his sister Diane. The name of the club was in dispute between John who wanted to call it “The SoHo” and Diane who wanted “Sojourners Truth” (a real mouthful). Their mother intervened and suggested finding the name of a song or album as the name. Well the name was found on one of John’s favorite performer’s album “The Turning Point ” by John Mayall. The restaurant was created in a small room seating 36 people. After dinner, local musicians would come in to play and be paid by “passing the bottle”. In 1978 Diane and John with the help of some friends, bought the building that houses the Turning Point today.” – TurningPointCafe.com 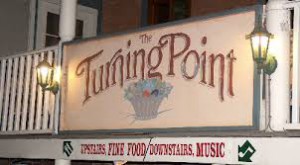 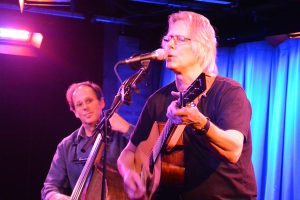